The Branch Standard is proudly paraded throughout the year at national and local events including Veterans Parades, support to other RNA branches and other Associations.  We also provide support to Portland Town Council at Civic events which are wide and varied. The standard (when requested) is present at funerals of branch members and sometimes for other former service Men and Women who deserve our recognition for their service. The Branch Standard bearer is well supported at the above events, showing unity and respect.

After a closely fought competition the following results were announced:
Winner          Jim Armstrong, Dorchester
Runner Up    Ben Cartwright, Portland
The Area Chairman, Ron Burdekin then presented the following Awards:
1. The Strudwick Shield to the winner of the competition. Jim Armstrong, Dorchester
2. William Arthur Shield to the Most Improve competitor. Dennis Mathews, Ferndown
3. John “Jock” Porteous Cup for the Most Outstanding Achievement in training. Paula Moon, Chard

Shipmates. A final reminder that our Christmas Social is at 1930 this Saturday at the Masonic Centre, Victoria Square. Cost £10.00 per person including 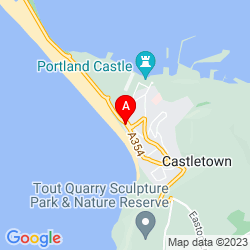